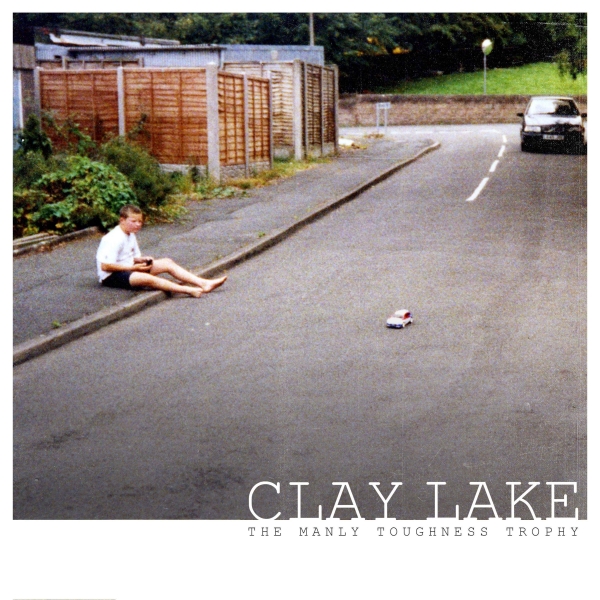 Emo was/is/always will be such a strange phenomenon and talking point within the music scene. Most people will think of the My Chemical Romance, Panic At The Disco fringe-laden days of school ridicule towards anyone wearing black or stripes, while others will cite the time – whether they were there or not – where Ian Mackaye stood on stage with Embrace and cited that the term Emocore was to be cast down as Hardcore was rife with emotion anyway. Since then, the genre can be attributed to veins of Pop-Punk, Post-Hardcore, Alternative Rock and even in a contemporary indeed more common manner, attributed Indie-Rock.

This is where we find Stoke three-piece, Clay Lake and their harmonious, playful yet harsh and cutting where needed blend of blatant Emo delivery and twinkling Math-Rock twinkly bits.

Opening with a track title quite possibly related to the songs inspiration, ‘Sunday 10th August, 2008, 2:08pm’ is dulcet and gradual as it builds towards a greater sense of catharsis gently led by “sad-punk” guitars not far removed from bands such as the Burnt Tapes or other Indie-lashed gruff emotive Punk. This leads on to a brief charge of Alt.Rock weight, Indie guitars and quite literal twinkles that sit along side it all in an obvious hint at forthcoming Math-Rock guitar tones right before they happen. In short, Clay Lake are simply laying forth gentle complexities and it has your attention.

After the more Indie-led Emo side of the whole emotional shabang, the band to a point but carefully not too fast past said point, infuse the Pop-Punk wing of the genre for but a few melodies and bursts of tempo importantly conditioned by their Indie-Math strings. Harsh yet playful tortured half-screams contrast the soft inviting sadness from the previous track and add such a cutting juxtaposition to the high-pitched guitars that you begin to forget that you even felt that this sudden and slight jolt towards Pop-Punk was even the slightest bit precarious. The second track is genre bending and deceptively harsh and heavy and a high-point without hearing the rest of this debut.

You’d be had pressed to deny the influence from bands such as Transit here but as you think that past track numero two you are hit by the lengthy title of ‘(As Far As My Feelings Go) I’d Rather Be Sad Than A Father Of Four’ which battles itself through emotive heavy Alt. Rock and full-British Indie, with the latter luckily not too heavy on their stylistic minds. Again, this is genre-bending song and it can’t make up its mind, the band chop and change as they wish which again to use such a word is precarious for a band generally in the low-to-mid tempo. The latter half of the track is a real highlight though and it’s hard to articulate why for it simply is.

Clay Lake are definitely one for the odd soliloquy and I have to say it fits their musical medium very well. ‘I Quit My Day-Job Behind My PC, Time For Fun and Beer’ is nothing but stylistically impressive and gives more credit to the band’s influences from Math-Rock (and general proggy-tones) on their Indie-Emo amalgamation and the more you listen, despite the mental health crisis of the track taking a lot of your attention, you cant help but appreciate how skilled this band are.

Track four offers sombre gentle spoken word no less real or relevant via Charles Bukowski. ‘Good. Thanks.’ is titled much like the response those who really aren’t “Good. Thanks” give to those who ask and may not realise. The subtle playful complexities suit the band’s softer more recognisably Emo-Pop sound here and you’re on edge about whether the screamed sonic weight will return at all but you’d be happy either way. This is something the band are incredibly good at.

The Manly Toughness Trophy ends with ‘Relapse’ and with its noodling strings and looming bass notes such as what is on offer, you can’t help but think the band would make an excellent instrumental outfit. But I digress, this debut EP is intense far beyond the surface calm and does the word “Emo” service as much as it doesn’t for its simply good music.