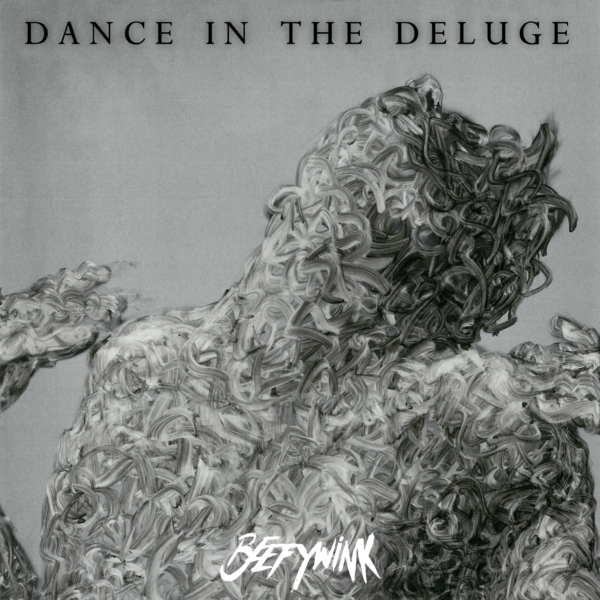 Beefywink and Dance In The Deluge enter 2020 after a considerable, vibrant, varied and voracious journey through the underground realm. The band, akin to many of the DIY stature, have been through what may seem like a hellish experience of inconsistency and indomitable, unrelenting problems. This may well seem the case from an external point of view, but in reality, all I’m doing here is adding theatrics for literary effect to the very occupation of being a contemporary and Alternative underground band. To be succinct, Beefywink has been there and done it since their 2017 debut, ‘Loud Noises’.

However, ‘Loud Noises’ is not why we are here, although it was important in the journey of the band. Beefywink’s Post-Punk foundation, Punk-aggression, Grunge-frustration and Alternative Rock fall-back position has, after more variables than you wink a beef at, has settled into their longest release yet, the seven-track, Dance In The Deluge. And I had it early.

‘The Ballad Of The Political Barrista’ determinedly warps itself into its 5:39 duration. Beefywink champion longer durations and with the (notably) faster guitar work, cycling rhythm section and air of disaffection, the Bristol four-piece fall into a mild, Ska-esque, quintessential Bristol-verse before the rumbling Alt. Rock returns. The band’s quick, but not yet spasmodic changes in tempo and structure are intrinsically intense to the mocha-ry being deconstructed. Approaching the halfway point, a welcome vocal interplay that is contrasting but not wholly so sardonically plays its part before a brief and sharp Post-Punk refrain. ‘The Ballad Of The Political Barrista’ after its bare-all, continues to cycle the above, knowing it has your attention.

‘Feel Me’ was another forerunner and was the first taste of the latest version of Beefywink and sees Daisy Daze tribute to earlier incarnations of the band. The four-piece warp their Grunge roots with a fitting, correct level of psychedelic distortion but not as far as to distance from its roots. ‘Feel Me’ wants you to do just that, in an age where societal pressure overcomes everything per-blink. ‘Feel Me’, although very much a clear showcase for the band’s entirety, does deviate. The band, from 2:11 onward to 2:42, take the initial cathartic tempo of Punk-Rock, refine, shape and coat it with a Post-Punk lacquer and then release it as what would eventually become Indie-Rock. The band may have their branches of the Punk-tree chosen but hide not their expansive and eclectic nature. This is important and crucial in the following ‘Mr Lah Di Dah’.

Beefywink embody the guitar work I have wanted to see from them since I was sat in a room listening to demos years ago. ‘Mr Lah Di Dah’ systematically deconstructs a “someone” we all know or have had the displeasure of meeting. The band seamlessly alternate between Indie-Punk, classic Punk-aggression and a rounding Alternative Rock in a 70% deviation but welcomely. ‘Mr Lah Di Dah’ has been placed mid-album for a reason. It is also here that in this cheekily-layered, vocally-standout, drummingly-brilliant number that Beefywink are their absolute best.

‘Holocene Herione’ continues this newer path. The band’s chaotic Post-Punk complexities continue to rescind into the gloom from whence they came. At this stage, it would be tenous to brand Beefywink under that very stylised moniker beyond an infusion. The band are still playing “Post-Punk” historically, but the manner in which Punk-Rock would go on and infuse all that came later with it’s genetically indomitable, ubiquitously-looming and heavier presence, is what rules the band here. It is also notable, that in tracks three and four, that the mixing, mastering and production warrants extensive use of the word “synchronicity” into the Beefywink tirade. 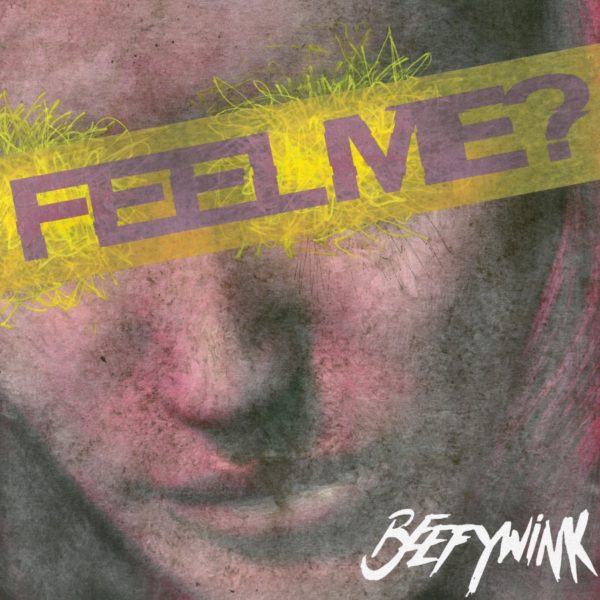 ‘Ulrike’ looms with a brutal sample of truth. The standout bass-tone of Dance In The Deluge continues to rumble its part. The band fall back on their foundation briefly before dual vocals aggressively join in mutual frustration. Instrumentally, the big G(runge) asserts itself. Vocally, however, it’s a different story. Dance In The Deluge, regarding K Rush’s vocals, has been hinting at an inevitable infusion of British Hip-Hop and Grime-esque delivery and in ‘Ulrike’, it reaches a risky, but stable fruition. The vocals in ‘Ulrike’ may-well divide opinion. However, their backing is brilliantly laced with an intricately crafted guitar-line paired with a Ska-infusion adding credit to “rock”-led variations of such. ‘Ulrike’ is a rant and unfathomably depressing but in a manner that cuts the shit, rather than rolls in it reluctantly. In the first world, we “can” have everything, but look deeper into the conditions and the resultant, orchestrated division.

‘Charlatan’ breaks rank and returns to the mid-record new-direction. It’s arguable that ‘Charlatan’ should have been placed higher in the running order, but that is not my prerogative. Beefywink, through said running order, show-off their complexities. That said, the band are mired between keeping them in check in part and in the other, rounding everything down. This “rounding” is not negative, though. Moreover, in ‘Charlatan’, Beefywink are comfortable and natural. The band know when to show off and similarly when to play what suits. Lyrically, well, let us just say that George Orwell would be spinning in his grave.

It is fitting then, that ‘Bottomfeeder’ closes the band’s ironic frolic in the stagnant and viscous liquid-waste of the contemporary socio-political existence. Dance In The Deluge ends in an amalgamative, exuberant, thrill-ride of the band’s collective output. ‘Bottom Feeder’ boasts reverberating, looming Grunge and an Alt. Rock stability. Beefywink then infuse their Post-Punk refinement and their playful sadly-sardonic Ska and spitfire-vocals a final time. However, it is, after all the poignant politics, rants, truths and dry wit, that the band charge-off and affix their pissed-off cherry. Beefywink, post-3:29, finally, at their apex, embody the Punk-Rock of their periphery. The band borrow warped- guitar-lines from Melodic Punk and bend them to their own spun-out will. The chaos then reigns via what can only be described as weird, wonderful and weaponised call-back to the New Wave Hardcore Punk chaos of the Dead Kennedys, via Bristol’s steadfast defiance.

Beefywink and Dance In The Deluge are ambitious. There are no two ways about it. The 23rd of October is the day.