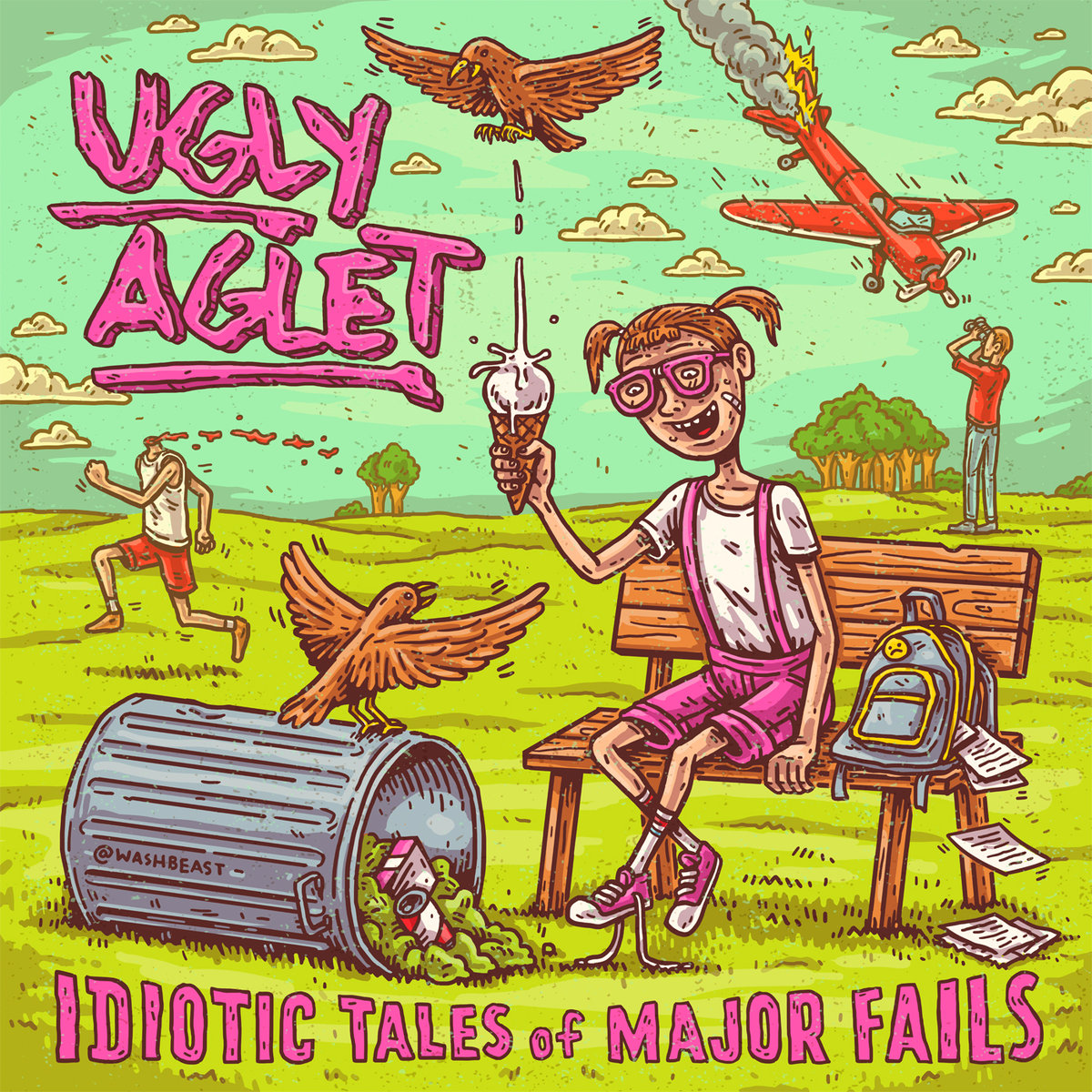 People bang on about how “90’s Punk is having a huge resurgence” and that it will “never die” and has “never been stronger” quite frequently. It’s everywhere to be frank and to be even more frank, said people are unequivocally correct.

Specifically this is correct in regard to the Italian, Stange natives, Ugly Aglet and a debut album that does way more than simply breathe this rightly glorified era, instead parking-up outside with a DeLorean absolutely covered nose to tail in NOFX, Lagwagon, Ten Foot Pole, Pulley and Pennywise stickers – and them promptly transporting you back to the pit.

I could (relatively) rightly end the review there given the concise context above but it’s only fair that a little more incentive is given. ‘Fuck Leroy Brown’ is excellent in its Pop-Punk edged Skate Punk glory and playfully opens an album you already suspect to be ultimately utterly relentless.

The clever ‘Heathen Discrimination’ takes a NOFX/Pulley hybrid down a road only requiring hurtling pace and contrasts the lighthearted opener in sound and topic insanely well. Guitar-tones stuck somewhere constantly juxtaposing themselves with 80’s Hardcore and their home within 90’s Punk reign unopposed. ‘Paprika’ is hugely in homage to early NOFX and provides perhaps one of the most annoyingly memorable lines in – ‘The only thing in Russia, must truly be Vodka’. (Citation needed).

‘No One Likes You’ is snotty and reckless, it admittedly takes the pace down somewhat, the band rest just enough for forthcoming latter tempo but it doesn’t remotely impact the album’s flow and genuinely shines as an example of a band knocking any ambiguity over their sheer commitment and enjoyment way over the mountains of their home! All with a welcome tone emulating both classic Green Day and arguably contemporarily The Raging Nathans.

Pulley’s Matters is a landmark album in many collections and the contemporary Pop-music accosting, snotty-Punk attitude embodying ‘Repetitive Lies’ could easily have been counted amongst the track list, with its Bad Religion/NOFX-esque backing vocals and stellar closing guitar-solo only enriching its excellence.

‘What Is Going On’ simultaneously opens with a triumvirate of Punk strings some how managing to cross Bad Religion, Pennywise and The Offspring as one and it’s quite simply unreal. ‘Melancholy’ quite fittingly carries notes of vintage Millencolin on the nose (ears) while the token “short stupid track” ‘Grammar Nazi’ isn’t really that stupid and blasts through in twenty-six seconds and that’s that.

Idiotic Tales Of Major Fails will undoubtedly polarise listeners to a point as most modern “90’s Punk” albums do but that is to be expected. In truth, yes it does relatively speaking, all sound rather similar at the very, very, very – VERY impression but those subtle differences are there and even when they either aren’t or you don’t notice, it doesn’t negate its excellence in any way.

The penultimate ‘Airwaste’ channels the expertly placed Pop-Punk element Ugly Aglet implement to contrast their majortively Skate Punk sound and the closing ‘Shoes Box’ does nothing to stop this or indeed stop this album ending on an absolute high note while capturing 90’s Punk as perfectly as I’ve heard in considerable a while.