The Ship Thieves // Reconciler split EP came as something of a surprise. On the 12th January, A-F Records announced new music from both Ship Thieves (formally Chris Wollard & The Ship Thieves) of Gainesville and Reconciler of Atlanta and by the 15th, the music was out and the 7″ available to order. In these recent, current and dismal times, it is little surprises like these that go a long way. But who are the bands? Well, Chris Wollard as many of you may know is the other half of the house-hold boiling point that is the Hot Water Music twin-voice box and Reconciler features ex-members of both Less Than Jake and early 2000’s Gruff-Punk Post-Hardcore bruisers Gunmoll. It is safe to say then, that we are already in both intense and seasoned company.

Early 2000s Post-Hardcore split into a dichotomy of Emo-led stylings on the one hand and gruff and charged Punk-Rock infused spasmodic catharsis on the other. The latter is where we find the Ship Thieves // Reconciler split EP in two 2021 offerings. Shall we? 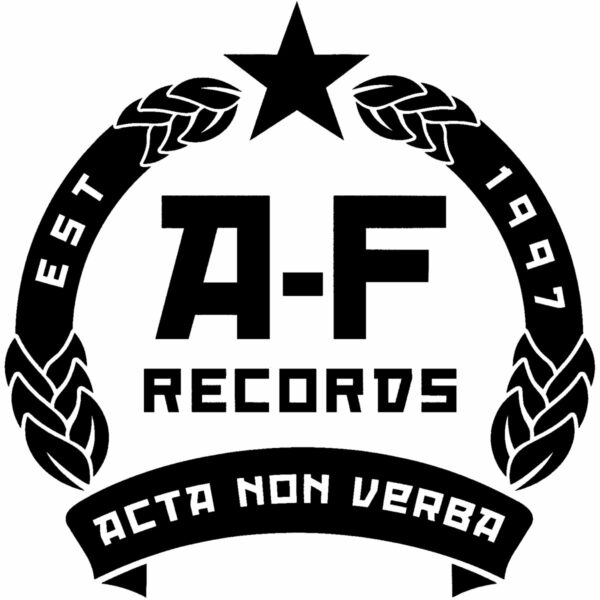 Ship Thieves latest echoes much of Chris Wollard’s work in both Hot Water Music and The Draft, but also and importantly that of this work in the band’s former moniker. Ship Thieves as a name is punchier by nature and that is the very manner in which the band move into their latest.

‘Nothing Now’ concerns the motion of incessantly hammering away at the same old thing. The tweaking, retro-fitting and tireless attempts to substantiate the same old system or process until there is, in the band’s words, ‘nothing now’. The track draws parallels either intentional or not toward recent history in a very natural away. This process continues until the very revelation that there is indeed nothing left to re-assemble. Such an affront is then met with the soaring melodic and harmonic chorus Ship Thieves so effortlessly conjure.

‘Nothing Now’ is charged with this very perpetual nature of seeing the tunnel and yet not actually reaching the end. Ship Thieves have been known to charge off into faster tempos but with ‘Nothing Now’ they hammer the point home in a heavy, reverberating and gritty manner despite layered, enthraling Post-Hardcore leads.

Reconciler are another known for their tuneful approach to this facet of Post-Hardcore. The band are instantaneously more playful but only on stage one of their two-stage intro. The band rumble on a heavy-set looming bass tone juxtaposing the melodic lead before falling into jagged punching Punk-Rock still crucially beset with the all-important Post-Hardcore tone. ‘Push To Break’ tackles not asking for much except literally everything. Will it be enough to buy love? Happiness? Will it yield a whole? These are the questions of Reconciler. – ‘Will everything even be enough?’

Tonally, the band are in a perpetual alternation sponsored by their very internal altercation. The “want” and the burning question of “do I need it?” are mired in battle. Akin to the Ship Thieves side of this new split, the Reconciler side chops and changes based on its mood respective of its internal debate. The band’s constant melodic yet discordant contrast and rumbling Post-Hardcore atop similarly cycling drums is a powerhouse, constantly boiling over, only to turn down the heat before repeating the process time and time again. The band capture the lingering unpredictable changes in mood fostered in the Post-Hardcore of all those years ago and in the early 2000s variant and together with Ship Thieves, craft a split worth repeated plays.

The Ship Thieves // Reconciler split EP is out now via A-F Records digitally and physically.