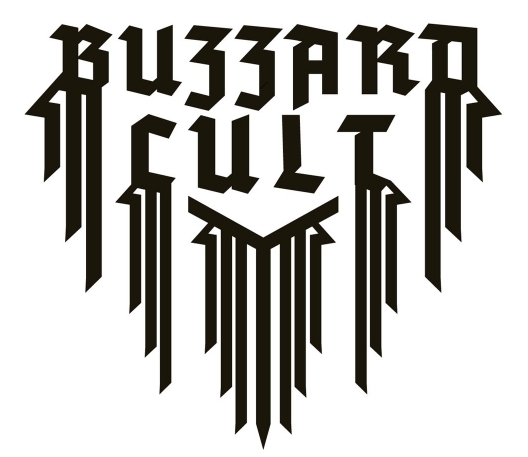 Introducing Buzzard Cult is perhaps best by listing off some monikers, names, and descriptions best used in creating a little context on this three-piece from Atlanta, Georgia. So, here we go – Grunge, Southern Rock, ’80s Hardcore and of course, riffs.

Got an idea? Good. To further add to it, however, it is important to mention the band’s status as a three-piece. Why is this important? Well, the mighty three-piece of underground rock is something less and less common in the modern music scene, bands favour more layers in their craft, away from the trailblazing simplicity that much of their inspiration comes from. This is the case across the wide-genre-spanning sound-verse but particularly so in the case of ever-versatile and diverse world of Alt. Rock.

Take ‘No Turning’ back, for example, disinterested, relaxed Southern Rock tones apply themselves to classic, very early Hardcore Punk ala the likes of Black Flag, the Circle Jerks and that influential ilk.

The band very much explore this wing but almost always fall back on their foundational Grunge. Tracks such as ‘Ill Scheming’ lumber on in gloom-ridden mood and attitude comparable to what made much of Nirvana‘s work so seminal. Buzzard Cult are unrestrained and free but don’t feel the need to overtly show it. That’s not to say the music is devoid of effort rather simply exists in a state of natural perpetuation. Tracks such as the Rock n’ Roll, Punk and Grunge hybrid ‘You’re To Blame’ lives this “this is what we do” simplicity.

What Buzzard Cult are excellent at, is lulling you into to their introspective, inward gloom as it ebbs and builds into what at the time seems like nothing before the intensity builds into a forlorn cathartic release. ‘Lucid Dreams’ is excellent at such. Find it in one of the EN house playlists – Here.

Much of the Post-Grunge world is very disappointing, this is a truth that many will not question but it is bands such as Buzzard Cult do their best (knowingly or not) to dispel such a criticism.

Prior to this debut studio release, the band released the very same in a live session format where the raw sound you have likely already sampled is all the more so. You’ll find it all linked at the end.

The band’s playfully distorted Rock n’ Roll twang permeates their onset gloom despite the overwhelming presence of the latter, allowing this raw, vintage rebellious fuzz to carry that oh-so-famous aesthetic.

Have a rough-cut session track and be on your way via the links below.