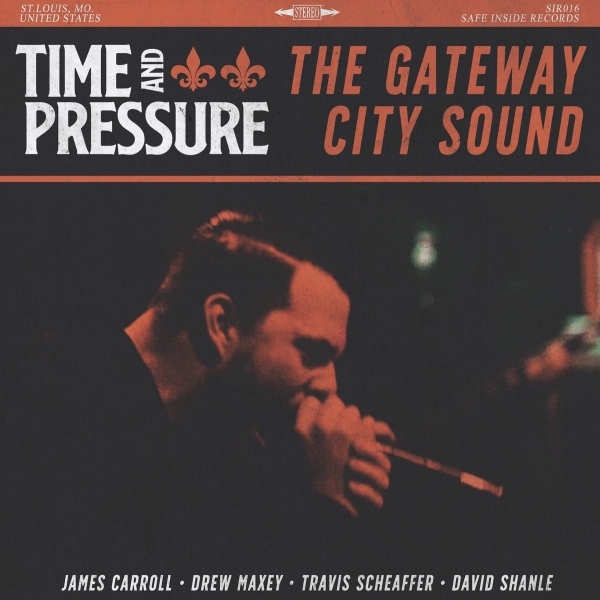 In 2018 a band by the name of Time and Pressure released a Demo EP that got through five songs in a mere seven minutes and twenty-eight seconds of visceral, classic yet more than relevant Hardcore Punk-Rock. The St. Louis ‘core-piece made a hole, populated it and then withdrew leaving what was in actuality only a year feeling three-fold or more. Well, they are back, this time with eleven tempo-junky tracks compressed into nineteen minutes of Hardcore you’d be an idiot to miss.

‘No. 75’ was a forerunner and it is hard to see into any reasoning why it wouldn’t have been chosen. Rumbling drums, chaotic strings and a two-stage intro that can only be said to be excellent, allow a cutting Melodic Hardcore song on one part and thick shredding Hardcore on the other to envelop your ear canal. Fans of This Is Hell and Sinking Ships pay attention. – ‘Sometimes your faith yields no reward,  sometimes you get what you deserve’.

The emotionally resonating and accosting nature of Time and Pressure captured within their debut EP has increased exponentially via this following debut full-length. The band’s fast, tight and breakneck precision marks them out with the grittiest of modern ‘core but it is their expert use of threading melodic guitar-lines that absolutely stand them out, especially with the symbiotic yet simultaneously contrasting harsh NYC-esque Hardcore riffage. See ‘Lost Boys’ and find it in our house Hardcore playlist – Here.

‘Arrhythmia’ and its modest one minute only needs said sixty-one seconds to cathartically release its mental health mixtape before ‘Hiroshima Lovers’ matches its sonic ferocity only with it’s cutting words that are as near to anger as a personal experience can take you. Time and Pressure take more influence from the seminal Sinking Ships here but if you really listen, an utterly turbo-charged and modernised Gorilla Biscuits can still be heard alongside and a considerable amount of Hardcore homework culminating in the tracks unstoppable last act between 1:49 until the end.

The band flirt beyond their Melodic Hardcore staple into Post-Hardcore with the excellently-layered intro to ‘Scarring Time’, which itself only lends more justification to the credential of “unstoppable” being attached to this record. ‘No Strings Attached’ examines an existential crisis turned-determination as personal freedom is argued as far as it can go while you marvel at the band’s apparent limitless inexhaustible energy. Do yourself a favour, however you do it, have the lyric sheet near you for full-immersion.

In with the new, stay with the new, tribute the old. The band’s Demo Twenty-Eighteen, the pacey-shred-fest that launched them into prominence has made the cut for The Gateway City Sound and it’s more than fitting and testament to the band’s development and past members.

‘Love + Trash’ examines a down-tempo chugging groove I know the band are capable of but as usual, it’s only in a teasing form before classic Hardcore pace dominates utterly but with refrains of such groove expertly placed and never really gone. ‘At The Climax’ bridges and exemplifies the band’s appreciation of Hardcore heritage within the same continuity of the rest of the albums explosive sound before the excellent and gladly received ‘Annihilation’ is resurrected. (Note: these tracks are interchanged on some versions).

Time and Pressure finish their tenacious assault on the song that personally raised them in my own ear-vison. ‘This Is Not An Exit’, a track itself capturing the band’s sound in the most robust but welcoming of rage incarnate nutshells. The closing number sees the band’s rage boil-over one last time via what is in my likely not heeded opinion, the best of a best bunch. ‘This Is Not An Exit’ is another must-read on the lyric sheet as the music pounds away all semblance of anything other than the song itself via a chaotic intro that cascades onto stripped classic Hardcore and onward to a triumphant melodic charge forward that is again testament to the band’s compositional skills despite its vintage stripped aesthetic.

Hardcore album of the year? Perhaps.

The Gateway City Sound is out now via Safe Inside Records.