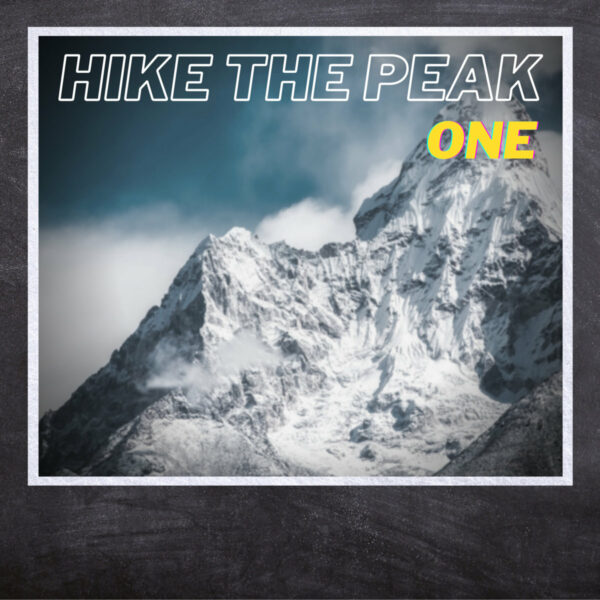 Though I don’t wish to hike any peaks myself in the literal sense, introducing Hike The Peak, the band, is far more reasonable. But fast. That’s correct, as you have likely deduced from my unfunny quip, Hike The Peak and my introduction thereof pertains to fast melodic Punk-Rock. However, moreover and that said, Hike The Peak are of no usual format for they are yet another border crossing, COVID defying collective. One that has importantly only just begun.

Though cross border, internet-dwelling projects are nothing new, their very existence and influence on more conventional means of music have permeated the music scene since the beginning of the pandemic. Such as provided quite the fruit from its labour that is exactly where Hike The Peak reside. The project is based in Sheffield but with its first two fruits ripening on branches extending into both Scotland and Belgium and with plans for further international fruition, it’s going to be quite an expedition. Introducing Hike The Peak then. But fast and again.

Hike The Peak is the brainchild of one Lee Byatt and here are his words on the project:

‘Hike The Peak; a project born from the covid lockdown.

With the inability to get in a room with musicians, the desire to create and record music still persists. So, home writing and recording became the new port of call.

The idea of reaching out to friends and colleagues across borders to different countries to give their vocal talents where mine severely lack was the final piece of the jigsaw. A clutch of emails went out and as time passed positive responses began to drift in and the project was going to come to fruition. This first release is the first of many. The plan is to release a pair of tracks at a time that will eventually grow to the finished album. Each track showcasing the talents of the front people of some of the best Punk and Skate Punk bands involved from the present and possibly the past. A true collaboration that in the post-Brexit world, is a reflection of the attitude of unity and friendship that exists regardless of the obstacles thrown in our way.’ 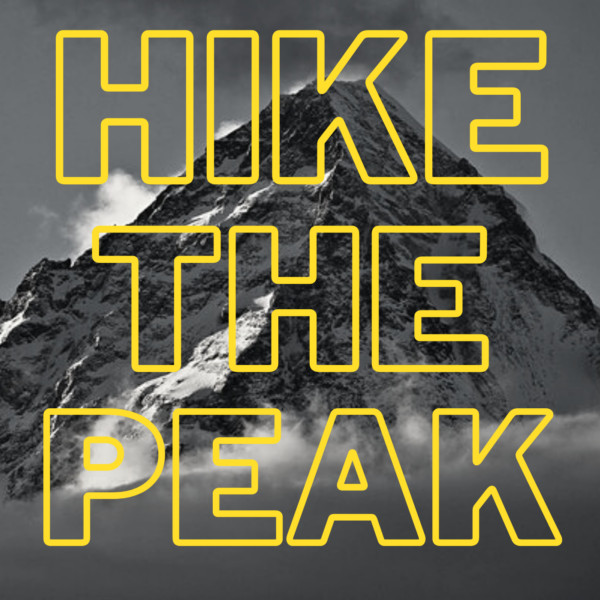 ‘Curtain Call’ embodies the vocal talents of one Sean Arnold but also the aesthetic of his other work. Sean is known for his membership of The Affect Heuristic, Goodbye Blue Monday, From The Tracks and Terrafraid ‘to name but four’ and the metallic, Thrash infused, low-ridden Melodic Hardcore-fringe Skate Punk of ‘Curtain Call’ soundtracks this tale as you’d expect.

The first HTP assault is a tale of alcohol dependency and the modern ease of consumption of it and its effects therein. It’s hard not to hear the technical parallels of The Affect Heuristic albeit less refined, raw and intrinsically desperate. The juxtaposition between Propagandhi-esque verses and the soaring, streamlined Skate Punk chorus is a direct sonic representation of this clarity of thought on the opposite side of this tale. All the while, vocally, the honesty of Goodbye Blue Monday and their fellow ilk cascades with a lyrical conviction impossible to negate. ‘Curtain Call’ is beyond real.

Track two of One has its vocal duties hosted by Jo Bouwmeester of Coral Springs and is the first of two that they will ultimately lend to the project. Jo’s soulful, soaring vocals are very much that as they attack the antiquated assumptions placed upon women in their 30s. ‘Faded Misconceptions’ is accosted as it hurtles forth on a crisp, cathartic Skate Punk beat doing its best to hold out. But against what? Though ‘Faded Misconceptions’ is a reaction to being accosted by societal “norms”, its own retort does the same but louder, harder, faster and with an unequivocal argument and gusto.

Track two is another where Skate Punk and Melodic Hardcore meander between each other in the race for supremacy in the most natural way possible onward to symbiotic combustion. Arpeggiated and powerful chord progressions charge a rhythm section into a chorus that itself spools what is to come next. A hearty vocal defiance introduces a satisfyingly heavy set tirade ahead of ‘Faded Misocnceptions’ finishing with what it does best and exiting the way it came in. That being firmly against the complacent societal grain.

Hike The Peak will, later in the year, result in a full-length. Be on your guard, if the debut tracks are anything to go by, then it’s going to quite the harvest. Introducing Hike The Peak, that’ll do, I didn’t even break a sweat.

Find all you need below!