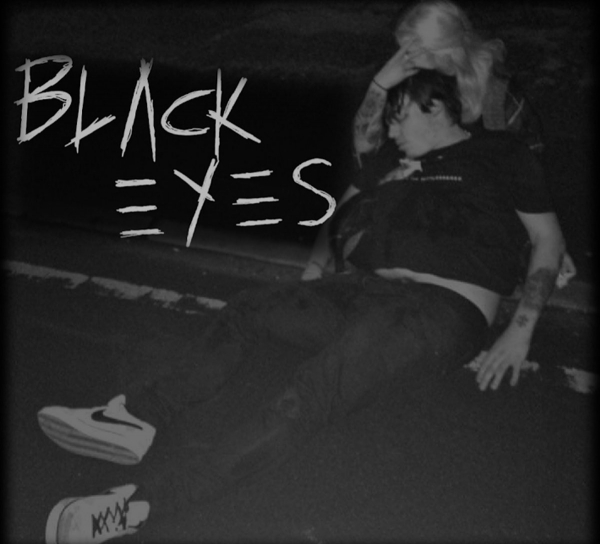 Introducing Black Eyes is easiest via a cliche that may well be as thus but is also still very true. Black Eyes are a pissed off, very much old-school Hardcore Punk band from Warrington who’ve had quite the busy year. Since the release of the debut in November of 2018, recorded live at the soon to legendary Kesbri Studios, the band have had spots with key bands in the UK Punk and Hardcore scene. Prepare yourself, a list is coming and it is said that you can judge a band by the company they keep! – Hummer, Red Winter, The Crash Mats, Shackleford, Only Strangers, Incisions and Rash Decision to name a few!

With an album on the way, it’s more than the right time to talk of the band and their debut four-track to “get in the mood”. What? You didn’t know underground Hardcore Punk could get you in the mood? Well…

Black Eyes approach Punk and Hardcore via dated but by no means unwelcome methods. The bare-all mental-health wobble that is ‘Anxious’ purveys the pure feeling of a brain over-encumbered with such in the most honest and simply articulated way. Black Eyes capture the disjointed side of early Hardcore in away juxtaposing the typical breakneck speed many assume.

With Hardcore Punk being so varied and diverse now – and that isn’t a criticism – its refreshing that bands such as Black Eyes are taking the road they are. See ‘Mindless’ for its classic Punk riffs enveloped in vintage ‘core, dirty D-Beat and gloom-ridden groove.

Black Eyes are by no means a band restricted to the slower cumbersome thud of 80’s dirge-Punk however. Said stylistic may well be core to their core but they can play faster, heavier and sound all-the-more terrifying. ‘Scumbag’ sounds exactly as you’d expect as it verbally deconstructs a human being that the band clearly aren’t fond of. Black Eyes are adept at the lumbering dirge of 80’s Hardcore but when they decide to merge this with just a slight increase in tempo, their visceral assault is all the more insurmountable.

True to the form of the era of Punk the band are emulating, Black Eyes offer very little melody. The band’s lead guitars are barely able to poke above the combined discordance of the band’s secondary strings and rhythm section. This effectively leaves you with the band forsaking overt intricacies and moving forward in a united front via the simplicity of rage-to-music.

The sporadic time changes and frantic drumming echo a lot of the chaos that Hardcore thankfully re-introduced into the Punk genre after the mainstream had sunk its claws in. This is something the four-piece re-validate very well, something that is only supplemented by the distorted live recording. For, to be blunt, you can actually hear Black Eyes properly in all their foreboding and warped-glory.

Find the band online below and their head to Side Mission Records for a hard copy of these live demos!