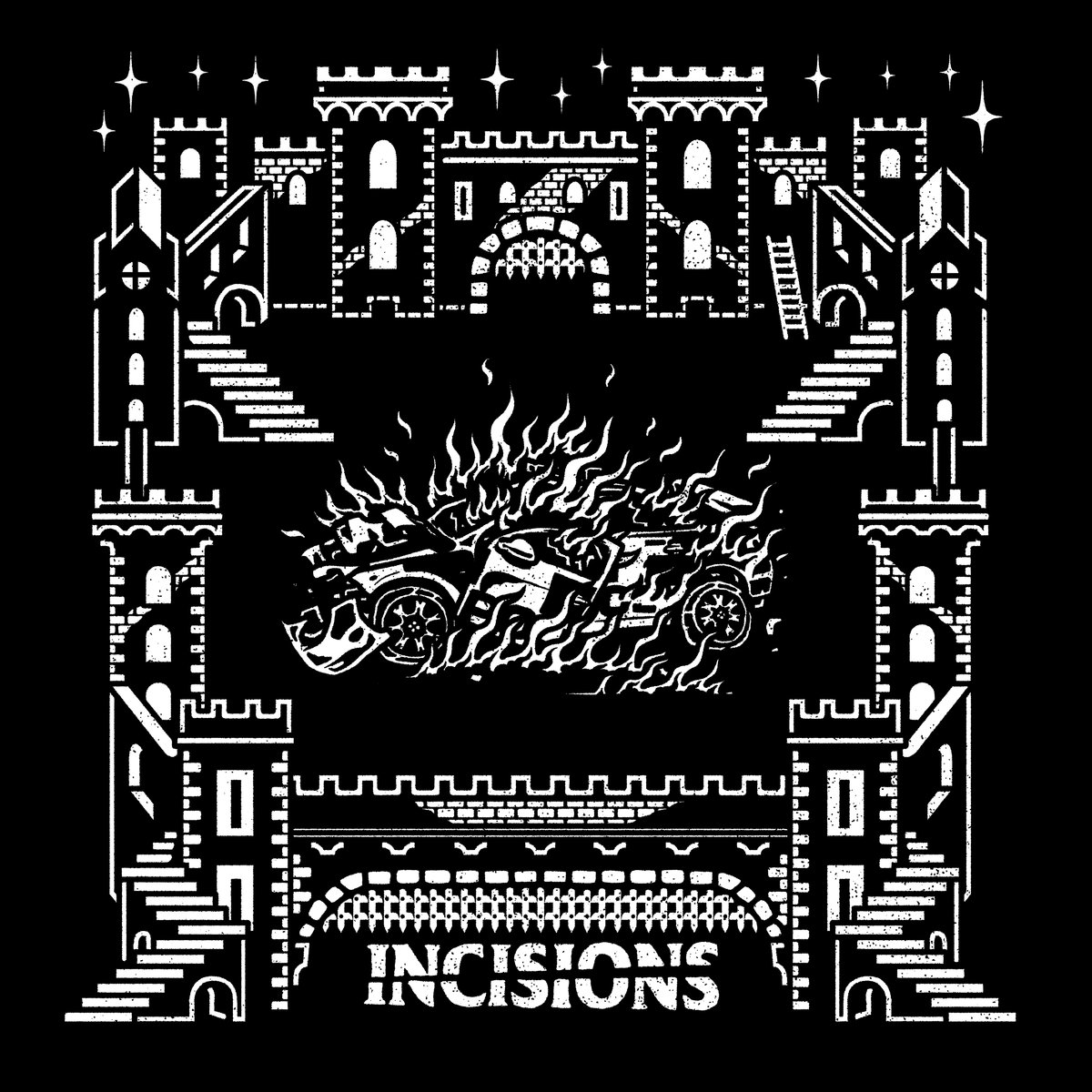 Incisions are a band quintessential and essential. Quintessential in their classic British approach to Punk-Rock. They are laden with dry whit, sarcasm and unrivalled honesty hidden behind nothing but cathartic expression and a musical style classic but self-aware enough to appeal beyond the dinosaur Punks who really cannot seem to move with the times.

In regard to their “essential” position in the contemporary scene, please see above. That and the fact that they do all of this so well that they can turn a few from each group of heads, even those thought to be extinct; much like Jeff Goldblum in that film. TNSrecords are another essential name in the UK Punk scene and what makes all these words so important is that they are the ones releasing the fourth effort and debut full-length from the now Manchester staples.

It all begins with ‘Deny’, a track forebodingly plodding along via an intro that could have been picked from the glorious early days of Hardcore. This then explodes into verses equally as classic but executed with contemporary precision, an ever so slight dash of melodic strings and signature UK Punk.

‘War In Your Head’ is very OFF! and again shines in it’s ode to the late 70’s early 80’s. The band ply this vintage abrasion with modern clarity and more of this slight and foreboding guitar-tone as Incisions bridge their entire sound in one track. ‘War In Your Head’ was an excellent choice for a single and perfect forerunner for the classic Rock n’ Roll-infused, Angel Du$t-esque melodic excellence of ‘Sound Carlos’.

‘Follow’ rages against the abuse of power in the hands of law-enforcers via Incisions-brand old-school Hardcore Punk within a fitting 1:10. ‘Follow’ is very much one end of the raw but precision-executed sound of these sonic reprobates from Manchester. It’s one end of their best and within it’s skilful placement on this debut full-length, perfectly contrasts the previous polar-end of their ensemble, ‘Sound Carlos’.

If you’ve been following the band and their previous three EP’s you’ll know this classic Punk, Rock n’ Roll, Hardcore Punk concoction has yet another facet making an appearance from time to time and that would be Incisions’ awareness towards Skate Punk, something the working-life drudgery song of ’60 Hours’ is loaded with but just the right amount. 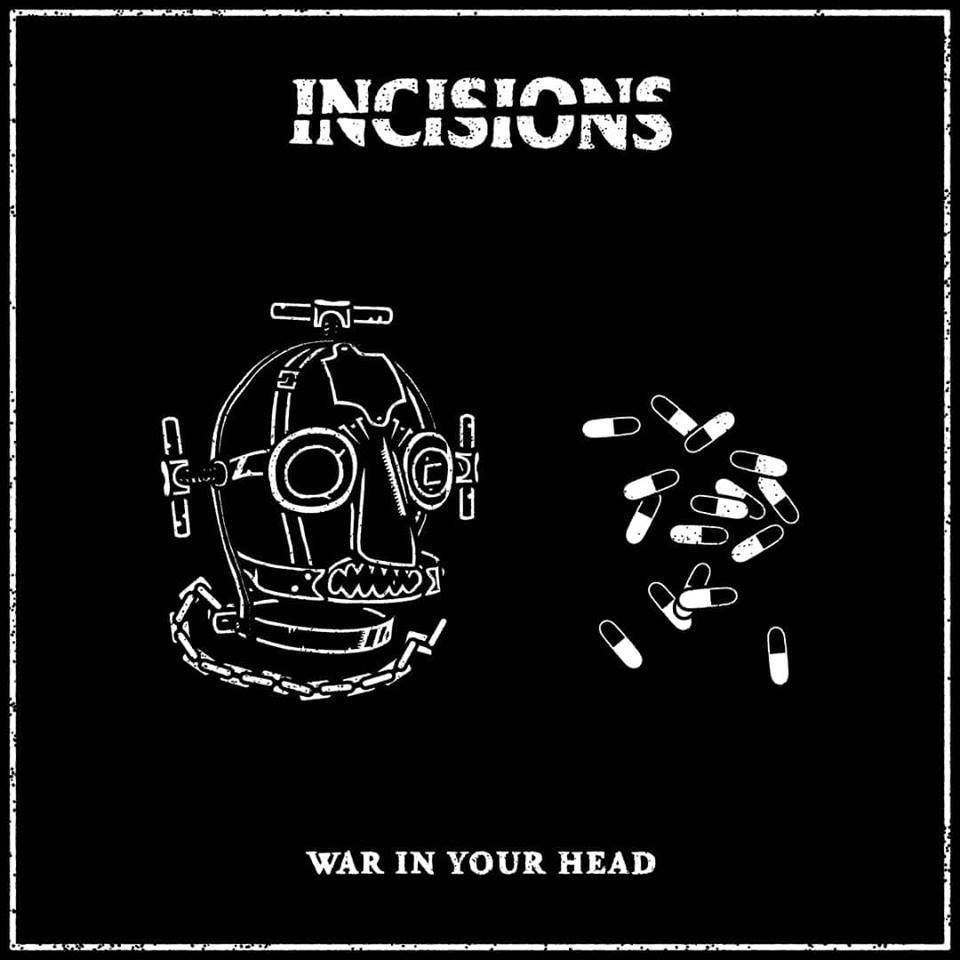 ‘Goodbye integrity, you’ve never been a friend to me, humiliated myself for the last time, I don’t know what you’re complaining about, we’re staying here until the beer runs out’ – Greets you after an intro reminiscent of The Clash before the rest of this graphic imagery is purveyed in all it’s messy sardonic humour in ‘Drug Money’.

Now, ‘Bigger City’ is a track I would never have expected or imagined, the band give themselves fully to the Skate Punk they have always intentionally flirted with at arms length and it’s glorious. In fact, had this been the first track any prospective listener had heard then it would be natural to assume the band being a part of such an echelon fully. The band’s sound has very much become a Punk-triumvirate.

The Angel Du$t Rock n’ Roll-toned Hardcore blends with this new found Skate Punk in ‘Circles’, where the band’s jagged riffs return. Speaking of circles, vicious circles are very much that and the cathartic snarls of ‘Self Medicate’ are well aware, as is the stellar guitar work on form once more. 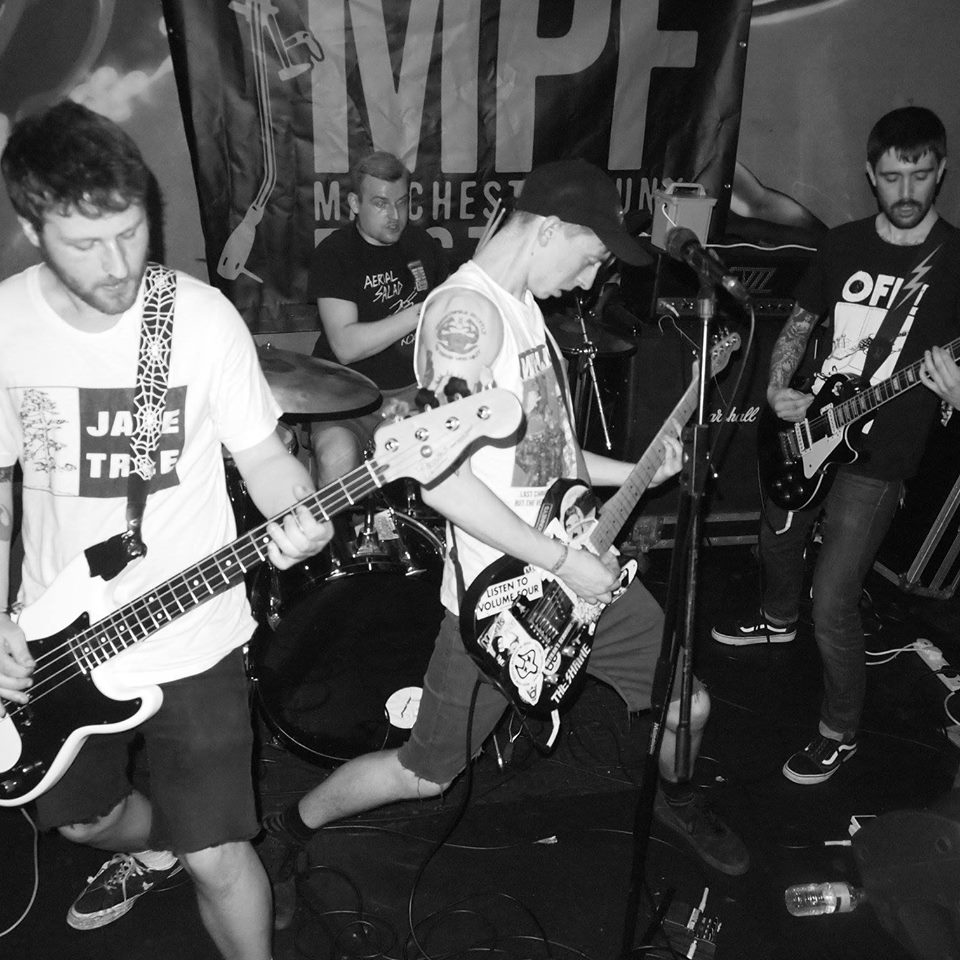 ‘She’ is lyrically well-written but blunt and harrowing as the band move back towards Hardcore in track that could easily transcend more than one polarised Punk bill with ease. This leads to the closing political charge and full-fall to the dark-side-of-the-core in ‘Corrupted System’. It’s an unstoppable and resoundingly strong way for this album to play out.