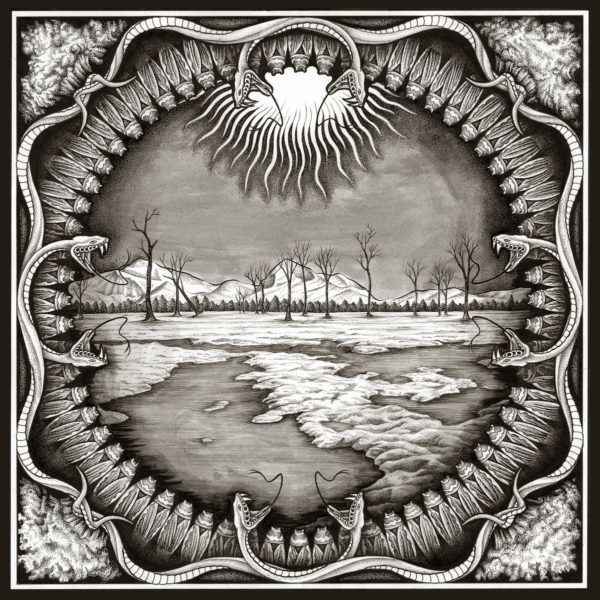 Haest and Anomie entered into 2020 via TNSrecords. The Manchester label is one synonymous with UK Hardcore Punk for the most part but is also known to foray into other aspects of the scene. This is where Hastings‘ Haest come in. The band’s base in Hardcore Punk is certifiable but with increasing outside influence and a unique (within context) take on the genre. The band brand themselves or rather lean on the moniker of “Doom Punk” and so, I have one piece of advice for you. If you’ve gotten this far and are expecting ENTIRELY adrenalised “fastcore”, this might not be for you.

However, you may still want to stick around anyway. ‘Unstable Panic’ lays the path for Anomie. The track may take the tuned and riff-heavy intensity of Hardcore but that would be all. Instead of the rest, the band show a huge inclination to increased and lumbering instrumentals. Haest express their “doom” moniker openly through ominous introductory gloom.

‘I Thought I’d Walked In Shit But It Was A Child’s Mitten’ is the first in a long line of abstract song titles. Track two pushes to a mid-to-fast tempo. Haest’s heavy-set rhythms and thudding, cumbersome break-downs embody Hardcore at their own pace. Numero two begins to pull those in who enjoy the world of fast Punk and Hardcore, but also, the lumbering, progressive riff-heavy realms of Post-Metal and such. The closing riffs leading into ‘John Travolta Looks Like An Action Man Who’s Been Put In A Microwave’ allow the band’s take on the genre and their Doom penchant to settle and make resoundingly more sense.

Post-John Travolta description and its own tempo and dynamic changes. The band’s fourteen tracks in thirty minutes Hardcore Punk formula begins to provide a bigger context. Akin to Doom and more progressive facets of underground Rock, Haest gargantuanly ebb and flow. They do this in a manner that feels like an age yet in actuality, again more so within the realm of Punk-Rock, speedily haste through the running order of Anomie. Haest are deceptive, and I can completely see why some people would be put off by this and why others would be intrigued without explanation.

Post-Hardcore and Noise Rock are key parts of this Doom-Punk. The formers rage repurposed and the latter’s overt gratuitousness runs with the Punk on offer increasingly with more ease as the record progresses. Despite the theatrics, Haest are still at their best when being led down the pacey-garden path. ‘You Can’t Come In My Kayak’ feeds-off the pace at which Anomie has been moving towards per-track and within how quickly you’re moving through the running order. Haest paint imagery more than intriguing through lacing their observational disdain with metaphors substantiated by their own literary composition as much as their meaning. Anomie is an album to hear either live or from a place from wherein it can completely immerse you. Loudly.

Had I been an entirely traditionally-minded Hardcore fan, I may have trailed off by now but with each tempo, intensity and dynamic change, Anomie is keeping me here. The foreboding nature of this record is the bridge between Hardcore more instrumental climes and this only becomes more apparent. You are provided with all the progressive layering that normally builds towards intensity but in this case, filtered through a Hardcore gauze comprised of its own inherent intensity. After the middling interlude that is the mood-maintaining, ‘I Haven’t Had Crumpets In Ages And Now I Can Dance Really Well’, ‘Too Jittery For Magic’ returns to the groove-laden-‘core. – ‘No brakes left, no rules to break‘ is a line that may break the fourth wall between yourself and life but, its a memorable one in the anomie that is both life and Anomie. Something, something The Truman Show.

The full-length’s second-half punches through the shit with its riffs and slaps you in the face with its faecal covered fist. ‘Are You Telling Me Ipswich Has No Fun Points?’ and ‘The Only Good Wham Is A Wham Bar’ are lighthearted in moniker but crushing in sonic actuality. The pairs memorable, reverberating and repetitive but destructive axes and drumming sound akin to a giant crushing a-very many skulls; are unstoppable at this stage. As a minor digression, if this is sounding akin to something you’d like more of, check out a band by the name of Dutch – Here and one by the name of Splurge – Here.

I’ve already rattled on for far too long. Anomie is a difficult album to review. The track-by-track method is one that fails it and yet, that is no reflection of this noisey-mass of riffs and cleverly articulated existential disdain. It’s definitely not for everyone. It’s an opinion dividing entry into to the Punk and Hardcore realm but its one you’d be an absolute fool to pass over because its not instantaneously the Hardcore you know or define as acceptable. Anomie isn’t trying to be anything of the sort and though still markets and associates under this wing, to be blunt; it’s so, so much more.

To be concise, Anomie is an entity purveyed by a band who inject variety into the Punk scene. Haest do so whilst simultaneously standing defiantly amongst heavy-music as a whole cathartically expressing themselves as it all collapses around us. – ‘Now we watch it fall, we fucked it all‘.