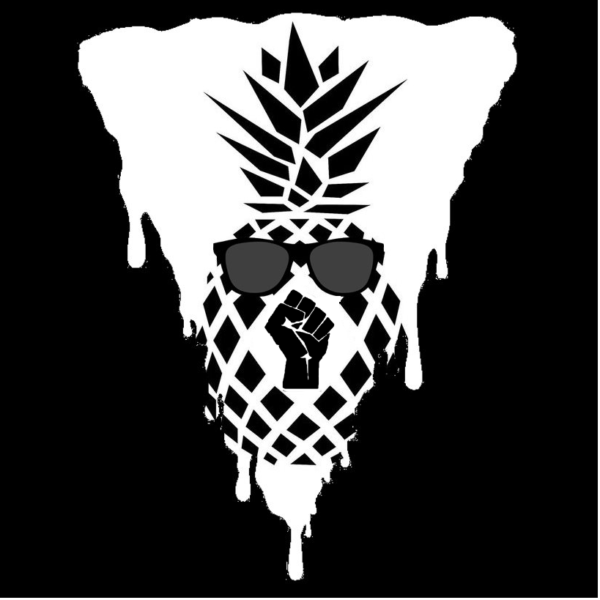 “The PineAppleOnPizza Campaign”. Don’t worry, it’s not going to reignite the seemingly inexhaustible and combustive argument on the inclusion of the fruit on pizza, rather something more important. That’s not to say that some people don’t feel strongly on the issue, but still, that’s not why we are here.

Now, in a manner heart-warming but also poignantly sad, there are many contemporary causes to rally behind as modern society continues to fracture on the one hand and progress on the other. Be them localised, national or international, there are countless ways in which ordinary people band-together as a community to help those who face greater difficulty with things that to many, happen with seamless ease.

PineAppleOnPizza is a new Queer-run DIY initiative focussing on the Punk and DIY music scene. It goes without saying that the latter is often at the forefront of change, support, charity and action towards a better society and opportunities. This is where PineAppleOnPizza comes in. As of now, they are beginning the culmination of their first compilation aiming to better represent the LGBTQIA+ community within the Punk and Alternative music scene. The project also aims to highlight the importance of mental health awareness and more. But, enough from me!

‘PineAppleOnPizza has now opened submissions for their first benefit music compilation aiming to create a fund available for collectives and/or individuals to provide mental health support and other half-accessible services to artists to assist in the payment of their expenses for recording, music video production and rehearsal sessions.

The project is to be an ongoing campaign to promote and prioritise transgender, non-binary and gender non-conforming artists and their music and also to be a platform to give space to the important topic of mental health.’

You can find all things PineAppleOnPizza below. If you want to get involved, submit your music or get some further information on the project, email – info@pineappleonpizza.net.

Burning Nickels and The ‘Cobwebs’ EP