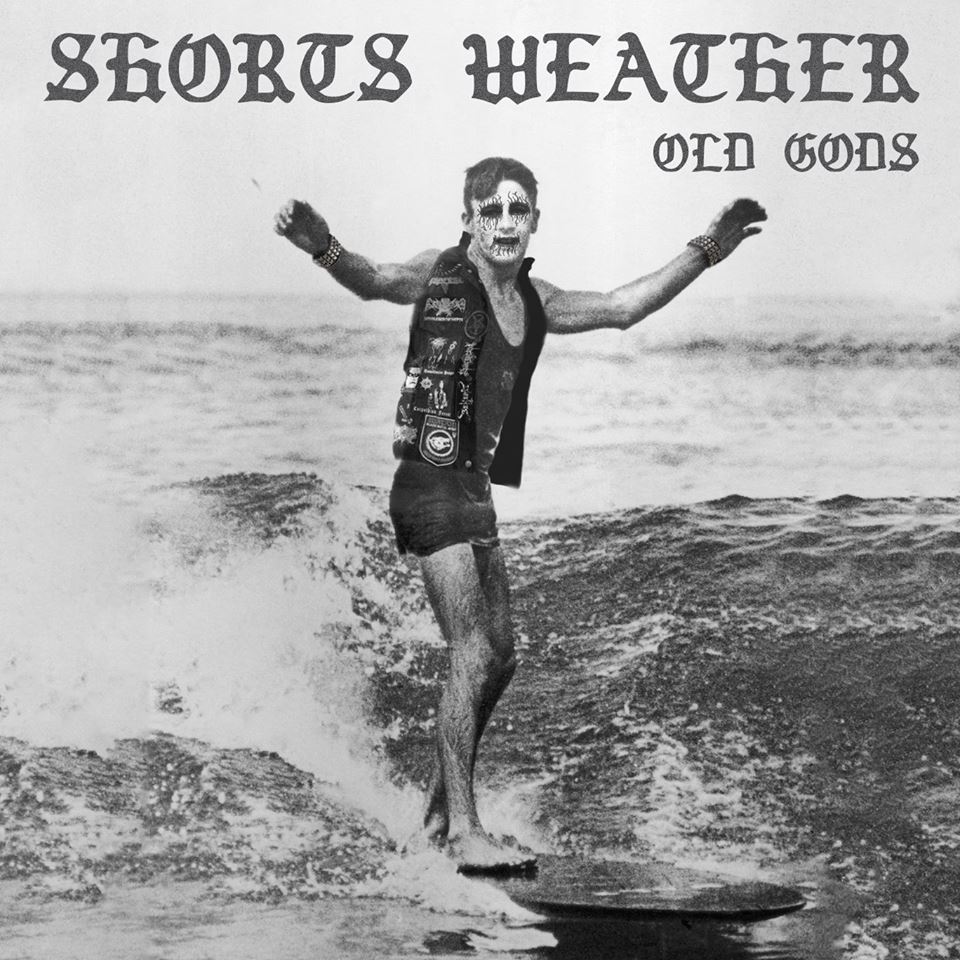 In regard to the cover photo used for this piece, I hereby invoke the age old maxim of – “if it works, it works”.

Now, In regard to the band in question Shorts Weather are a band you can read a short but to the point(ish) introduction to – Here – but if you simply don’t have the time or have already burn’t way too many calories scrolling today, I do my best to satiate the craving for information just here.

The band’s debut EP Old Gods as you can guess from such title is product of foreboding and heavy band having a little play with some rather polar opposite schools of musical thought. What am I talking about? Think crushing contemporary Metallic Hardcore plied with relative groove and only sharpened by further Metalcore toned guitars and onset Post-Metal gloom and you have a rough idea.

‘Iron Hills’ is haunting from it’s very beginning and quite surprisingly considering the band’s Post-Metal foundation, is surprisingly short at 3:11. The foreboding, melodic yet ominous first thirty seconds prepares you adequate for a thundering second intro that’s one part Hardcore, one part Metal and one part progressive gloom. ‘Iron Hill’s is raw in the vein of Hardcore but also sluggish and slow as it cathartically expresses away from simply speed.

‘Áine’ is more inclined to Hardcore side of this unrestrained two-piece. The band ply Punk and Hardcore rhythms edged lightly but sharply in Metalcore riffs and Post-Hardcore tones – which is to be blunt, quite impressive for a single guitar. This was the band’s initial release, showing that their Post-Metal moniker is simply a foundation to be built off rather than wholly adhered to.

‘Ivory Throne’ is perhaps the most “Post-Metal” on the release. The band still ply their music with complexities but with this final track, sounds more obviously like a two-piece and I don’t mean that in a negative light.

Shorts Weather utilise chugging strings begin with Post-Metal gloss coated lightly of Metallic Hardcore riffs and vintage Post-Hardcore stop starts. Vocally much in the vein of band’s such as ISIS and the more vocal wing of the genre, Shorts Weather don’t hold back with rage incarnate deep-screams slightly discordant and removed in a manner where they have make a real effort to be heard. Again, this isn’t a criticism, as with a penchant for Metalcore the band could easily make the mistake of positioning and delivering the vocals in a manner too prominent, which would surely defeat the purpose of even slightly pursuing Post-Metal. I could be wrong.

The rest of the track plays out classically via the band’s foundation genre in a manner quite refreshingly reminiscent of PSOTY (Pet Slimmers Of The Year) who are essential listening for this genre if I don’t say so myself.

Shorts Weather have great deal to explore and as shorts are a garment they find favourable… So the weather indeed will be for whatever they do next.